It has been three months since the last time I did one of these posts. Oops. If you’re new here, it’s basically just a picture post that showcases some of the photos I’ve taken and things I’ve been up to within the last week.

Not too much has been happening this past week. I’m still getting settled in my new house, but it already has such a cozy vibe. I still need to hang things on the wall though. I ordered some wall decals today to put up in the kitchen, so I can’t wait to get them. I want the kitchen decor to be retro/diner style, so hopefully it turns out okay.

The basement is still just a storage space for now until I’m able to buy what I need to turn half of it into a little movie room. I wish I could do it right away, but I’m just not able to at the moment, so I keep telling myself to be patient.

Okay, onto the photos. I was enjoying taking selfies this week because I seriously love the lighting that comes through into my new house. Where I lived before, I always had to go outside to take photos usually because the sun just doesn’t hit the house the right way and it resulted in poor lighting. The lighting here is wonderful, and it hits my eyes in such a way that causes them to illuminate. All of you bloggers, especially if you love taking any kind of photos, knows just how important good lighting is. 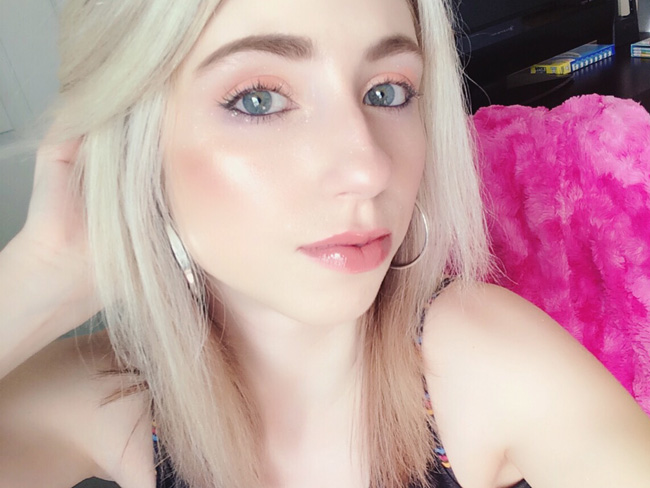 I also love my couch so much that I ended up having a spur of the moment photoshoot in the living room. My outfit doesn’t really fit the classy/retro vibe of the photos, but like I said it was spur of the moment and I didn’t think to change my wardrobe beforehand. I really like how they turned out though. I used the Huji app (which is a camera app that I mentioned in another post). It automatically applied the lighting/filters as I took the photos.

I’m not the only one enjoying the lighting. Cameron is liking it too. 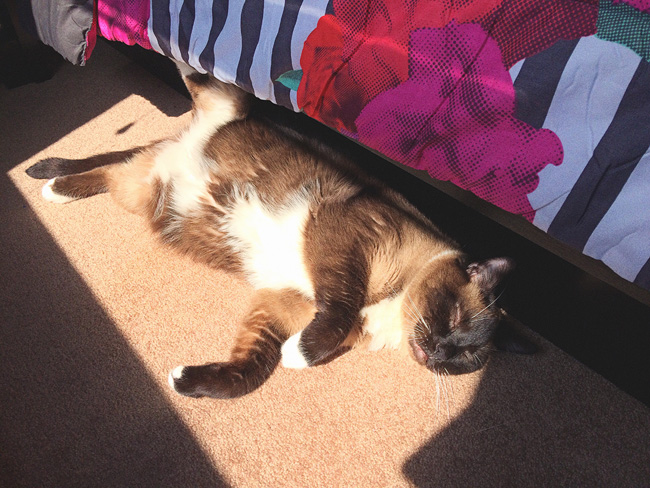 He’s also enjoying the laundry basket. He doesn’t really like to get in boxes for some reason (which is odd for a cat), but he definitely loves empty hampers and baskets. 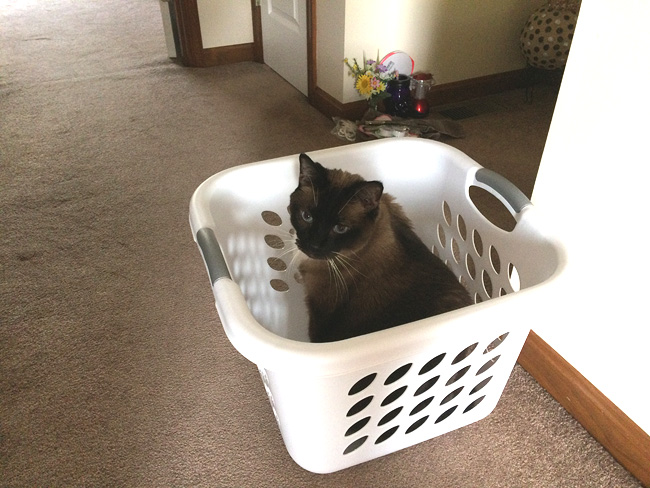 I bought some new nail polish the other day, so I painted my nails. It’s such a pretty blue color. I also got another shade of blue (like a bright sky blue color) that I painted my toes with, but I didn’t take a photo.

I also bought some new slippers from Forever 21. I needed a new pair anyways, but I realized after moving into my new home, that it was hard to walk up and down the stairs with my slippers. They were the slip-on kind, and they kept wanting to slip off my feet on the stairs. I decided to look for a boot-style, and I found these pretty ones at Forever 21. I love them, and they don’t fall off my feet!

My face (mainly my chin) has been giving me a hard time these past couple of weeks. It keeps breaking out like crazy with horrible whiteheads. I stumbled upon this toner at the store, so I decided to pick it up. I’ve only been using it a few days so far, but I can tell it’s helping to clear away my pimples. Hopefully this will help keep them away. Have any of you tried this toner? If so, let me know your thoughts.

I grabbed this roasted red pepper and artichoke dip at the store because I thought it sounded good. It was Great Value (Walmart’s brand). It was okay, but it was not something I would buy again. It just felt like it was missing something. I think it would be better if it had some chicken or something in it.

I dropped by my Aunt’s house over the weekend for a little get together for my cousin’s 16th birthday. She’ll be 16 on June 5th. I can’t believe how time flies! I still remember the day she was born. It was my last day of 8th grade at NMS, and my Aunt was supposed to pick me up from school that day to hang out, even though it was her due date. She didn’t think she would go into labor on her due date because hardly anybody ever does. Not only did she go into labor, but it happened so fast that she already had my cousin by the time I got out of school. My dad ended up picking me up instead, and we went to the hospital to see her. Now 16 years have passed already! My cousin and I are 13 years apart, just like my Aunt (her mom) and I, which is so funny to me. Anyways, this cake was really cool because it was four different kinds of cake made into one. It looked delicious, but I never did eat any because I was drinking alcohol and I don’t like sweets when I drink. 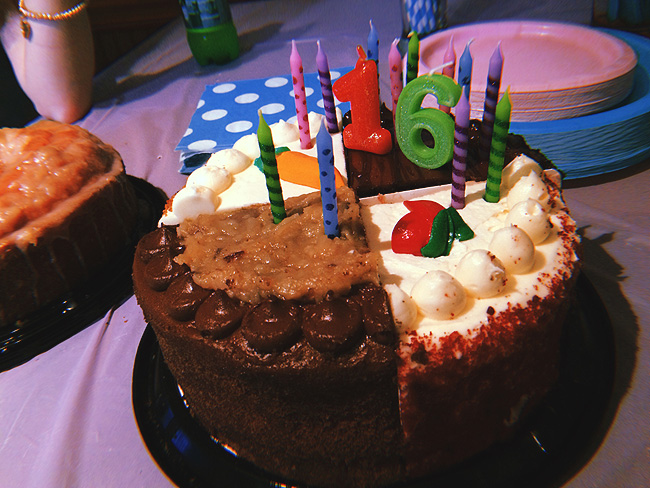 The rest of the weekend I just spent enjoying some drinks, listening to music, and watching Netflix. I took some photos of my lava lamp just because I love it and it kind of fit my mood for the weekend. 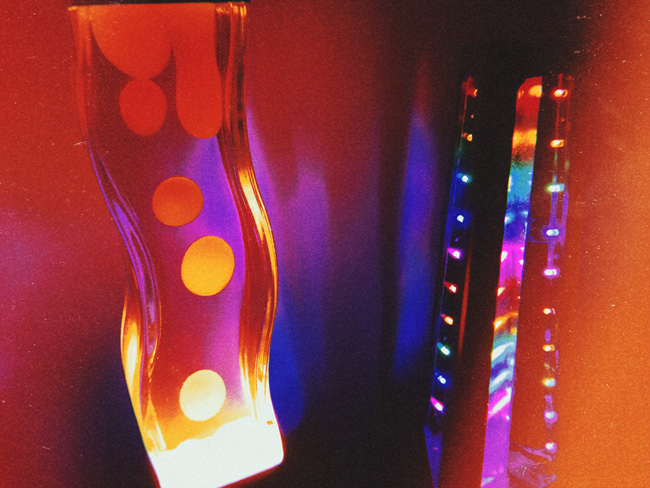 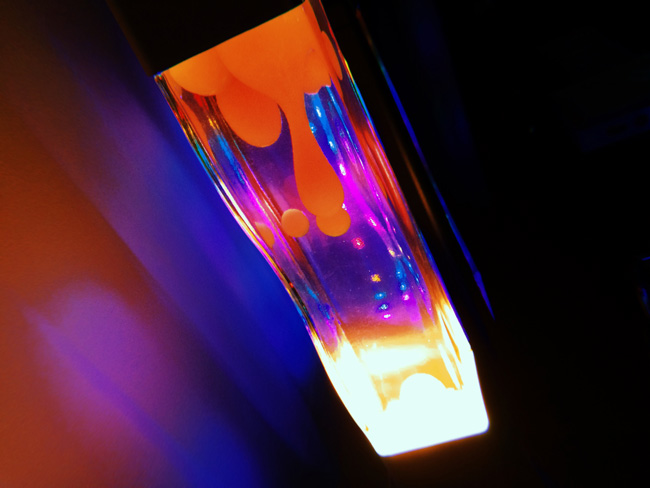 Today was Memorial Day, so I had off work. My mom grilled up some hot dogs and chicken, which were delicious. You can’t even see my hot dog because of the cole slaw I piled on top (yum), but it’s there. I also always pour on extra buffalo sauce on my wings because I like a lot of sauce. We had the flats only because we love them so much more than the drumettes. They’re easier to eat, and the meat tastes better.

How was your weekend? Feel free to let me know what you did in the comments.