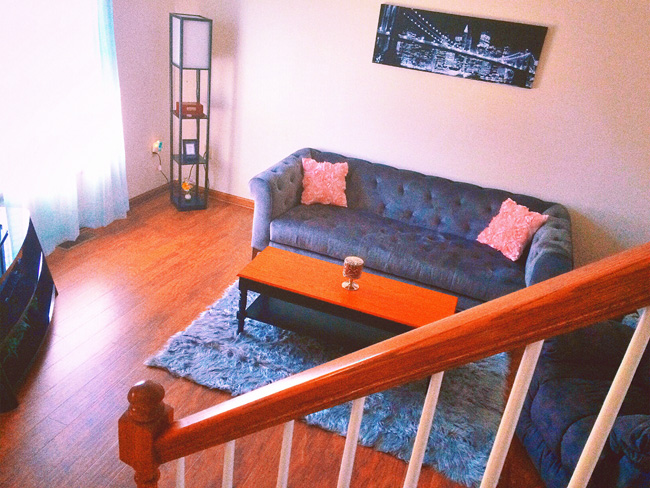 Not too much has happened over the last week. I swear, I live the most boring life. I mean it’s not really boring to me because I enjoy being a reserved homebody, but I’m sure it’s probably boring to a lot of people. Some blogs I read make me a bit jealous because these bloggers lives seem so full of fun and adventure. They visit new restaurants all the time, try all kinds of amazing and versatile foods, they get to travel to different places. Even when they stay close to home, it still seems like some adventure awaits them. I feel like there’s nothing much to do where I live, hardly any sights to see, and I’ve always been a bit of a recluse.

Although I long to see some different places, I have pretty bad travel anxiety. In fact, I just recently found out that I will be going to the beach next month (Ocean City, MD, which is a 4 hour drive from here). I’ve been there quite a few times in my life, so it’s nothing new, but I love the beach so I’m still excited. However, despite the trip being five weeks away still, my anxiety about it has already begun. I wish I could just enjoy things more without overthinking.

I read my Cosmo magazine over the weekend. Of course, at first I had to wait for Cameron to stop using it as a pillow. I have no idea why cats love magazines and books so much, but as soon as they see one, it’s like they just have to lay on it.

I realized, two months after moving in, that I could have food delivered to me now! My old address was outside of delivery zones, but now that I live within city limits, I can order delivery now! On Saturday I decided to do just that. I tried Anthony’s Pizza, which is a place I’ve never tried before. As you can see from the photos, I ordered a pizza and a Cold Cut wrap. Both were very good. The steak on the pizza was delicious, so now I definitely have to try their cheesesteak subs. Even though I did enjoy the pizza, I still didn’t think it was as good as Brother’s, which is my favorite local pizza place. The wrap was so good and huge too!

I got to see another pretty sunset from my bedroom window. Weekends are the only chance I get to see a sunset since I work 2nd shift and don’t get a chance to see one during the week.

I spent a chunk of the night at this really cool new club. Just kidding, it’s my basement! I’m still in awe at how cool it looks though when I have all my lights on. I just hung out by myself, drinking Bud Light Pineapple Rita’s and listening to music. It would have been more fun if there were people down there with me, but I can still have a lot of fun by myself, and that’s exactly what I did. 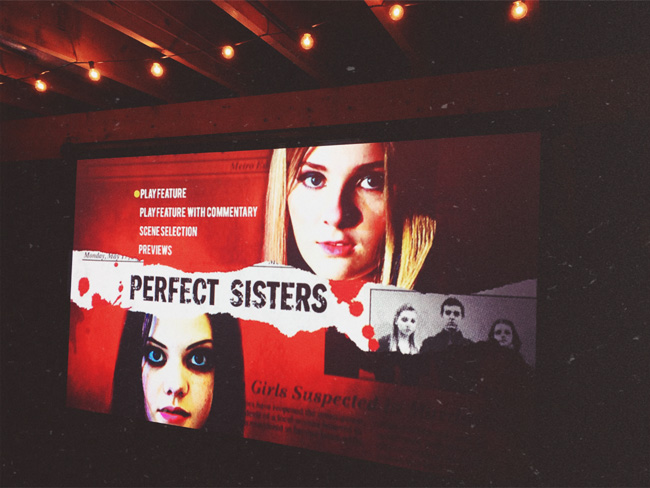 I spent several hours just listening to music, but then I felt like watching a movie. I put in my Perfect Sisters DVD, which is one of my favorite movies. It’s based on the true story of Sandra and Beth Andersen (Canadian aliases given to them) aka the “Bathtub Girls” who murdered their mother by drowning her in the bathtub. I love Georgie Henley! 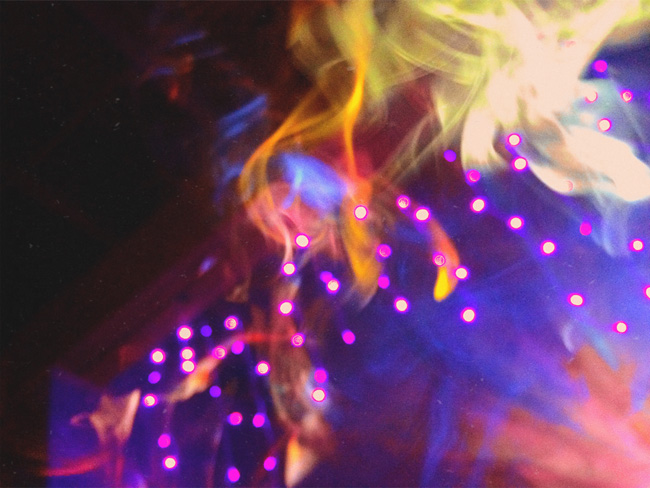 I thought the smoke from my vape looked really cool mixed with the light from the projector, so I snapped these cool shots.

I snapped this panorama photo of my basement also. That wooden pole there is connected to the stairs and blocking the view of my futon, but I wanted to try to fit everything in one photo and show both sets of lights together.

The other night after work, I had to get gas so I stopped at Sheetz. I got a sub while I was there. I actually think their subs suck, so I only get one there if it’s my only option. I don’t care for their bread, and they barely put any meat on the subs at all. The meat that you can see in this photo is basically it. Surprisingly, this sub actually looked half decent compared to sometimes, so that’s why I snapped a picture of it.

I took this photo of the clouds yesterday on my work break. I just love the sky!

I took this picture before work today because it’s the first time all week that I actually thought I looked decent. I was actually having a good brow day too, since I took the time to put some brow powder on.

When I got to work today, I found out that my boss had just ordered pizza for everyone! I wasn’t planning on eating any at first because I suffer from IBS, and the thought of having an attack at work makes me really anxious. I usually never eat anything more than a small snack at work for this reason. However, then the pizza came and I saw that it was from Brother’s! My favorite pizza place (as mentioned earlier in this post)! It smelled so amazing too, I just couldn’t resist. Everyone went for the cheese and pepperoni pizza, but I like a lot of toppings on my pizza, so I ate some of the supreme. Funny enough, I’m the only one who ate any of that one.

Now another weekend is approaching, and I will probably be doing pretty much the same thing as mentioned in this post. What about you?