Whether you use them for school, work, blogging, or some other reason, planners and journals can always serve some sort of purpose. Some people use them to stay organized, some use them to set goals, and others just use them for a creative or emotional outlet. Either way, these are some awesome finds I came across that I think could make any person happy. 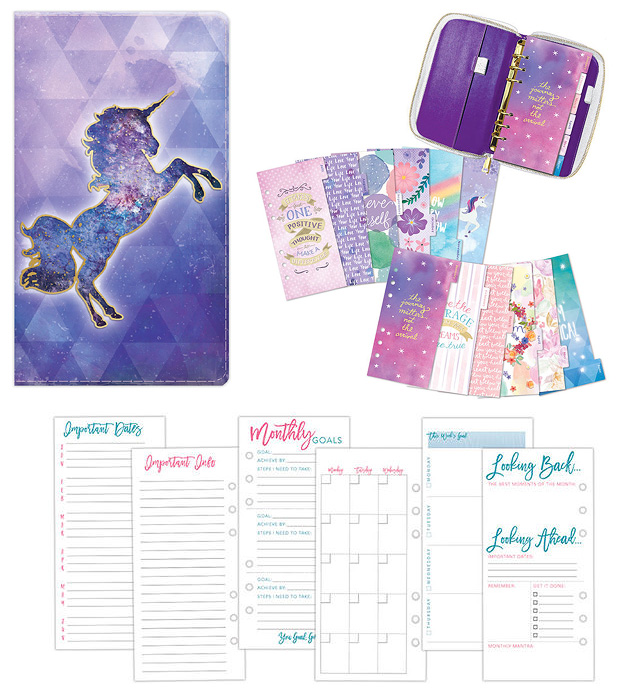 Unicorn Magic Planner
This zippered planner is wallet sized, so you can easily carry it in your purse with you. It comes with 12 dividers, monthly and weekly calendars, and goal sheets.

END_OF_DOCUMENT_TOKEN_TO_BE_REPLACED

I’m going to take it back to what I did in my first FFOF, and list some of my current favorite songs. I plan to do this every so often since there are always new songs I’m loving at the moment. Here are five songs I’m loving right now.

END_OF_DOCUMENT_TOKEN_TO_BE_REPLACED 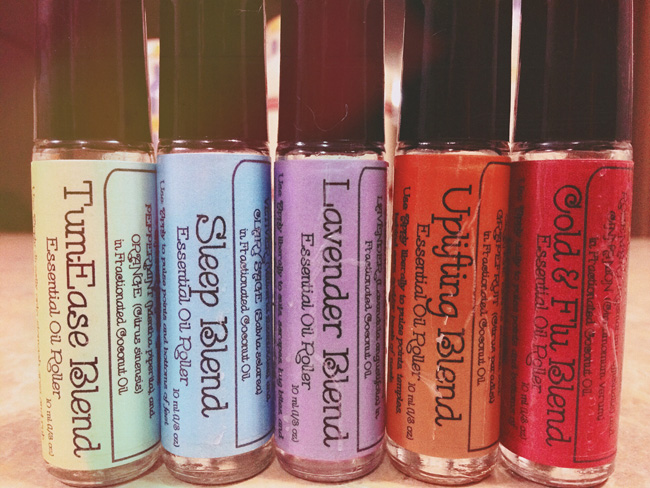 Some people seem to think that roll-on essential oils are like perfumes. That is not the case. In fact, I really only smell the oils for a very short time after applying them, and then I can’t smell them anymore. They actually work by penetrating your skin. You apply them to pulse points, such as your wrist, temples, neck, and even the bottoms of your feet. Since pure essential oils are really strong and are not supposed to be put on your skin, they are diluted with a carrier oil (such as coconut oil), which you can rub on your skin. Your body then absorbs the natural oils which can have physical and mental benefits.

There are the skeptics who think that essential oils are pointless, but I personally like them and think they have benefited me by using them. Of course, they’re not a miracle cure by any means, but I think they can be helpful to an extent. Below are five of my favorite blends I like to use, all purchased from one of my favorite Etsy shops, Mythic Mist.

END_OF_DOCUMENT_TOKEN_TO_BE_REPLACED

I don’t know about you, but I’m a bit obsessed with wax melts. I’m constantly burning them, which makes my room smell amazing. This weeks Five Favorites on Friday will feature some of my favorite scents from one of my favorite shops on Etsy, House Warming Wax Melts. Not only are the scents amazing, but she decorates each of her wax melts, which makes them even more awesome. Plus, they’re super affordable at only $3.50 a pack. (The seller only ships within the United States though). 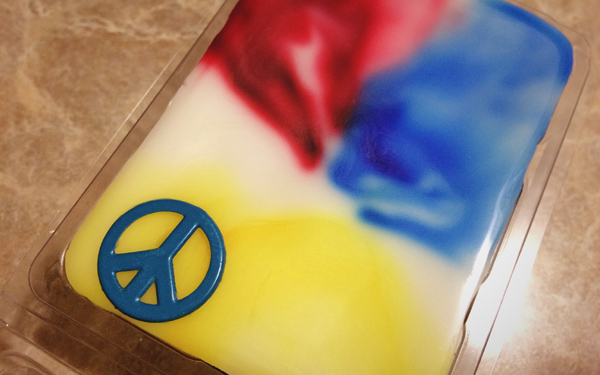 Hippie Chick
This is an Earthy scent. The best way to describe it is that it smells similar to incense. I believe this one is my favorite out of all of them. The smell is incredibly calming for me. 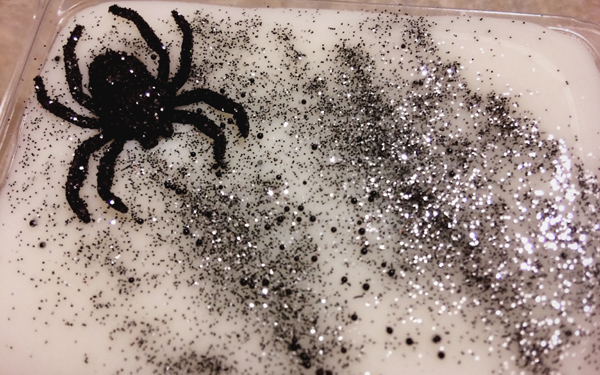 Scramblin’ Spiders
Despite the name and decoration, this is a very light scent. It reminds me of freshly washed laundry or being at a spa. 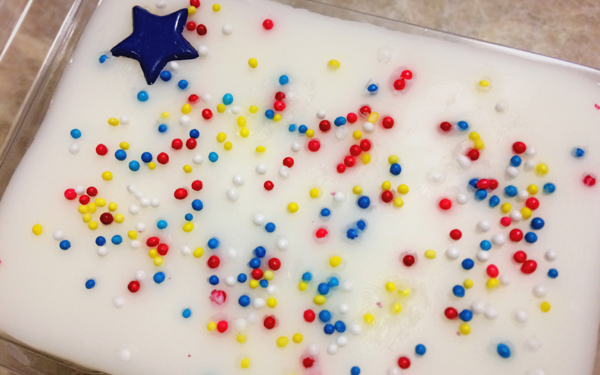 Circus Magic
This wax melt is the perfect level of sweet without being too overbearing. It’s a perfect blend of cotton candy and apples. 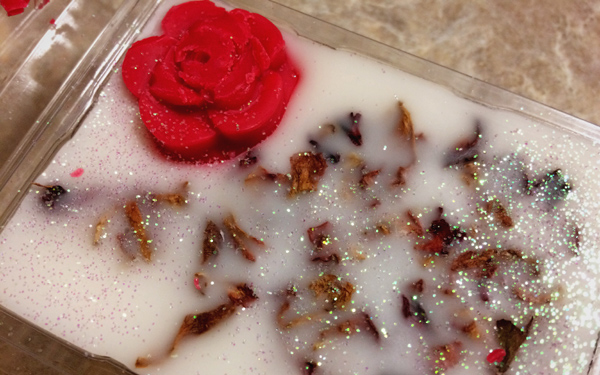 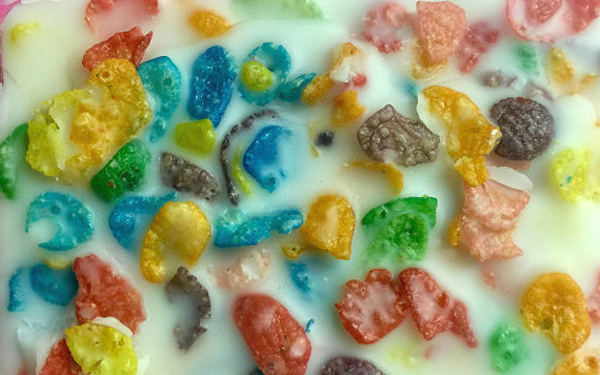 Fruity Pebbles
This literally smells just like the cereal. If you’re a fruity pebbles fan, you will love it.

This week’s list will consist of five of my favorite television shows. I tend to watch my favorite shows more than I watch movies. You really get to know the people/characters, which generally triggers a deeper connection to it than a movie.

Beverly Hills, 90210
I was only going on two years old when this show premiered in 1990, so I was a little young during its initial run to watch it. I began watching it in 2004 when I was a freshman in high school and was instantly hooked. It has sort of become a bed time ritual to watch this show at night and fall asleep to. My favorite characters are Valerie (played by Tiffani Thiessen) and Brenda (played by Shannen Doherty). My favorite seasons are season 4 and season 6. I did not like Kelly and Dylan together at all, and if you ask me the age old question, Brandon or Dylan? Definitely Brandon.

Buffy the Vampire Slayer
I still remember when the very first episode premiered on March 10, 1997. I was eight years old at the time, and I always loved horror movies as a kid, so this show seemed right up my alley. As the first episode was airing, I was immediately hooked. I don’t know if any show could ever mean as much to me as this show does. I literally grew up watching it. From a child, to a teenager, and now I still watch as an adult. Whenever I was sick or going through a tough time, I would put on Buffy to watch and it helped me get through it. Season 2 is my absolute favorite. I love Buffy and Angel and their whole storyline. Spike and Buffy were disgusting together in the last seasons.

The Challenge
I’ve been watching this show since I was in high school, so it’s been over a decade now, but the show is even older than that. It premiered in 1998 (then called Real World/Road Rules Challenge), and it’s currently airing its 30th season. I believe the first season I tuned in was The Duel in 2006. I’m not a huge reality TV person, but this is one reality show that I am completely obsessed with. Every time a new season comes on, I get so hyped. I love how a lot of the same cast members return, but you also get new people coming in to keep it fresh. My current favorite competitors are Cara Maria (pictured above left), Jenna, and Kailah. I also like Laurel (above right), but I hate when she’s rude to Cara.

Charmed
Another excellent show from the 90’s. Although this show wasn’t quite as good as Buffy, and I don’t particularly care for the last couple seasons, it’s still one of my favorites. I like to binge this one a lot too. Prue is my favorite character, and I like the first 3 seasons the best. Although I do like Paige as well. I’m still kind of bummed that Phoebe and Cole didn’t end up together. (Mainly because Julian McMahon went on to do Nip/Tuck, which is another show I like as well, so I get that).

One Tree Hill
This is my favorite teen drama show after Beverly Hills, 90210. Even when some characters ended up leaving, I still liked the new characters. I thought the show always stayed interesting. Of course there were some far fetched storylines, but they were still entertaining. Brooke (Sophia Bush) is my favorite character on the show. If you ask me if I prefer Lucas or Nathan, I pick Nathan. He was a complete jerk at the beginning of season one, but he really redeems himself and turns into an amazing guy. I can only dream of having a relationship like Naley (Nathan and Haley) one day.